Urushiol (pronEng|ʊˈruːʃiɒl) is an oil found in plants of the Family Anacardiaceae, especially « Toxicodendron » « spp. » (« e.g. » poison oak, poison ivy, and poison sumac). It is also found in the nut shell of cashew fruit (« Anacardium occidentale ») and in mango sap and the skin of the mango fruitFact|date=July 2008. Breaking the vine of a green mango fruit produces a fine aerosol of sap that causes severe reactions in previously sensitized individuals. It causes an allergic skin rash on contact, known as urushiol-induced contact dermatitis. The name comes from the Japanese word « urushi », which denotes a lacquer produced in East Asia from the sap of « kiurushi » trees (« Lacquer Tree« ). The oxidation and polymerization of urushiol in the tree’s sap in the presence of moisture allows it to form a hard lacquer, which is used to produce traditional Chinese and Japanese lacquerwares.

Urushiol is a yellow liquid with a boiling point of 200-210 °C. It is miscible in alcohol and ether, but nearly immiscible in water. Chemically, urushiol is a mixture of several closely related organic compounds. Each consists of a catechol substituted with an alkyl chain that has 15 or 17 carbon atoms. The alkyl group may be saturated or unsaturated; urushiol oil is a mixture of saturated and unsaturated molecules. The exact mixture depends on the species of the plant. For example, poison oak urushiol contains mostly catechols with C17 side chains, but poison ivy and poison sumac contain mostly catechols with C15 side chains. The allergic reaction is dependent on the degree of unsaturation of the alkyl chain. Less than half of the general population reacts with the saturated urushiol alone, but over 90% react with urushiol containing at least two degrees of unsaturation (double bonds). 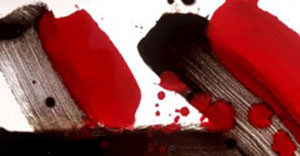 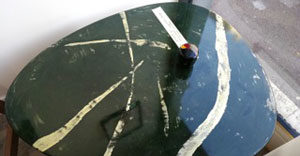 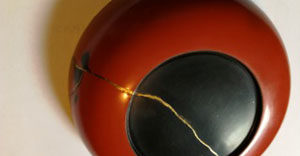 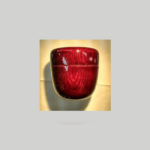 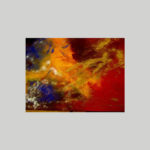